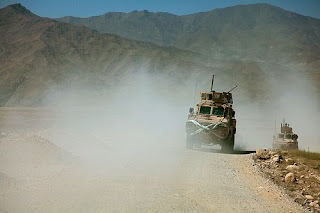 A provocative piece from the book:

Heather was in a crowd of other Western travelers, some of them from the Magic Bus ride from Istanbul. They’d been gathered together by the Afghani army and were now being ordered on to buses. She tried to head back to the center of the city towards Danny, but armed Afghani soldiers hampered her effort. She saw the older couple who sang for them in the Iranian desert, fearful and running to get on one of the five buses that appeared to be waiting for them.

“What’s going on?” She asked them

“Just get on the bus!” The man was terrified.

They leapt onto the bus. But Heather hesitated. She couldn’t leave, not without Danny. She took two steps back towards the center of the city, and the Afghani soldiers forced her back towards the buses.

“Why are you doing this, what gives you the right?” Her protests led to more force from the soldiers. She witnessed terror in their eyes. Something was definitely happening. She pleaded with them that she needed to go back.

“No Miss, get on the bus, now.” They blocked her way and turned her around, pushing her onto the bus with the barrels of their guns.

Heather had just placed her foot on the first step of the bus when a bomb blast rocked the city. A shockwave quaked the ground. The sound of the explosion was horrific. Life went to chaos then seemed to stand still. All around, people collapsed onto the ground, jarred by the impact of the explosion. The center of the blast issued up from the direction where Heather thought Danny went. She was shaking, maybe screaming his name. No one was hurt around her. The impact from the bomb had been far enough away not to do them damage, yet, close enough that they could smell the pungent smoke wafting through the area. Gunfire and screams, and more gunfire could be heard resonating throughout the entire city.

Chaos and panic had descended. People ran for their lives, shouting, terrified of that war had come to Kabul. Heather never felt so helpless. She desperately wanted to find Danny. But the Afghani soldiers were intense, forceful. They gave her no option. If she wanted to save her life, she had to do what they ordered, and that was to board the bus, and fast.

Smoke drifted throughout the entire region. Heather became more and more despondent. She cried out, feeling powerless. She couldn’t believe she was being forced to leave Danny. She knew nothing of his condition.

Reluctantly she took the last seat on the bus. The engines revved up, and the Afghani soldiers advised all five buses to move out. Out of Kabul and out of Afghanistan.

It's been so much fun creating this new site for you.

Good luck with building your author platform and the future sales of your VERY interesting book, "OVERLAND".