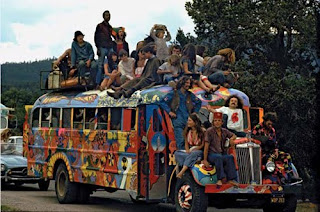 What would first come to mind reading these words is one of greatest hits towards the end of the 1960’s from the rock group The Who, Magic Bus: “Get on the bus that takes me to you”, was a key line from the song.

The real Magic Bus was an old rickety bus that traveled from Europe overland all the way to Kathmandu, the capital city of Nepal, covering a distance of over 5000 miles. To compare, the US from coast to coast is 3000 miles. You can imagine there are multiple countries and cultures along this long and circuitous route. Interest in the “magical and mysterious east” was initiated when The Beatles flew to India to meditate in the Himalayas with the guru of the 1960’s, the Maharishi Mahesh Yogi. The Maharishi introduced the Transcendental Meditation technique, which was part of the overall Cultural Revolution of the 1960’s, and beyond.

Of course The Beatles were the definitive culture setters’ and soundtrack of the times. Their trip to India set the stage and opened the cultural door for disenchanted Westerners to head east. Money was an object, so flying was not an option. The Magic Bus became a conduit to go east “on the cheap”.
Along the way, the bus would pass through Western Europe, Eastern Europe, Turkey, Iran, Afghanistan, Pakistan, India and finally Nepal. It was a long way away, geographically, culturally and spiritually from the west. Once in Kathmandu, and various Himalayan towns, and coastal beaches of India, returning home wasn’t an option either. Stories of burying their passports emerged, settling in, staying put, or roaming around…in the east. 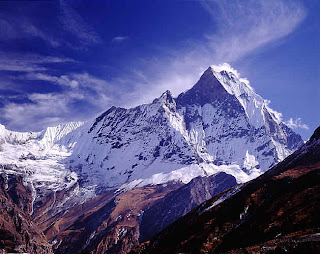 In the book OVERLAND, Heather had the call of the east. She rejected Danny’s proposal to marry her, and decided to take the Magic Bus to Kathmandu. But the year was 1979, and the world was changing. What was this lure that compelled Heather so much to take “the last” Magic Bus? Of course she didn’t know it at the time that it was to be the last run…but it was. What happened? What caused her bus to be the last one? History, history happened. And she and Danny got caught up in it.
I wonder: has anybody ever ridden the original Magic Bus? Has anybody ever been caught up in the front end of history?

To view the OVERLAND book trailer, please link to:

Back in the 60s I was living in a small West Virginia town, going to a private Catholic school, with a mother who kept me on a very short leash. The Magic Bus was something that never crossed my mind, and if it did I'd never have the nerve to step foot inside.

Oh, that I could have those years to live over. I'd be on that bus in two seconds and drinking in the experience of life, liberty, and the pursuit of happiness!

Thought I was the last person to ride the magic bus. I arrived with an englishman an irishman and four french people in Tehran the day the Shah left, Feb 1979, the day the Islamic revolution began. The bus couldn't get into town. We had to walk several miles through streets thronged by 4 million Ayatollah poster waving revellers, protected and hidden by a group of students, past the Shahs statue as it was toppled by a wild mass (the authentic original of the pitiful Disney reconstruction of Saddam's toppling statue) to the last hotel in town, virtually empty. We were lucky to get out of there (thanks to the French guys whose country gave refuge to the Ayatollah). No more buses went through that place for a while.

David- that sounded like an intense situation, I can only imagine. The "last magic bus" piece of Overland is a fictional account. I personally never rode the bus, but had folks like you in mind when writing it...I did travel around India and Nepal and throuhg those epereinces found my writing voice fpor this story...really appreciate your comments! Best, Mark