SOWING THE SEEDS OF THE STORY FOR OVERLAND 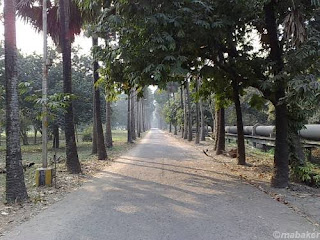 I was a worker bee, but yearned to travel. The yearn was growing into an internal frenzy. I was constantly, almost obsessively just wanting to pick up and go, as the need to travel, yet not doing anything about it, weighed heavy. One day, I walked by my favorite bookstore and on a whim and stopped in to browse the travel section. I found a Lonely Planet guidebook of India. That was the turning point and as I read more and more as if it were a page turning novel, there was no looking back.
I read that the monsoon season ended in India the end of August and a much better time to be there. Certainly I didn't want to be all wet all the time. It was May 30th when I left the US, and decided I cound't wait any longer. I quit my job, subleased my apartment, lent my car to a friend, and purchased a round-the-world ticket that was good for one year. The whole concept of the ticket was you would travel on a certain itinerary on the ticket, go where ever you want, just depart from the city and move on the the next one on the ticket. I did it!

I spent three months in Europe, just biding my time, while having the time of my life. On my birthday, August 16, at age 32, I finally flew my ultimate destination: India. A mishap caused my backpack to not make the flight on a brief transit stop from Sri Lanka to Southern India. I spent two frustrating hours in the Trivandrum airport lining up my backpack with the promise it would show up a few days later.

Resigned to the fact that there was nothing I could do, I took my trusty India guide and asked an auto rickshaw driver to take me to the Hotel Blue Sea. As I was whisked through the balmy palm lined, slow paced, exotic dirt-paved roads, my lost backpack was quickly forgotten. In that one instant, my life had changed forever.I realized in that one instant that life as I knew it, were to be different for the rest of my life.

I had read in the Lonely Planet Guide book that the Hotel Blue Sea was owned by two brothers. When I arrvied, a young man apporached me while climbing out of the auto rickshaw, I said "ah you must be one of the brothers". He responded in all confidence and pride in his sing-song English and tilt of the head, "I am one brother, he is one brother and we are two brothers. Your are welcome at the Hotel Blue Sea."

I was welcome at the Hotel Blue Sea. He didn't realize, nor did I really, that this brother on behalf of one billion people from India, welcomed me. Immediately I felt at home, at peace really. A kind of peace I had never felt before. And I had nothing on me except my hidden empire of some travelers checks, and passport.

That day forward, it could be called B.I and A.I.=Before India and After India= Why? What happened on that first day, what happened after that?